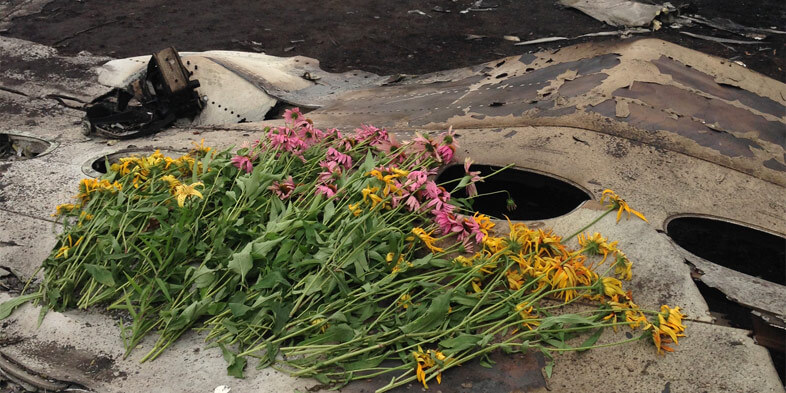 Middle of July, Donetsk, the city hasn’t been shelled yet, there have been no major events for some time already, and to be honest, everybody is sick and tired of this story. Most of the journalists have already left, only Al Jazeera English hangs about Donbass Palace in splendid solitude, but with the best team ever, that’s why we manage to deliver great stories every day. On July 17th all of us are at the hotel relaxed, as it’s the day of lives. We just had lunch and now wait lazily for the day to end… And here comes the first message that Malaysia Airlines didn’t enter Russia’s airspace in due time. All of us start surfing the net and calling everybody, everybody we know. Ministry of Defense, Ukrainian airports, other journalists and their translators (but as almost all journos left, they are not in a loop). After 40 minutes Scott Heidler is live on this issue, but we still have nothing. I go out of the room not wanting to spoil the sound keeping calling everybody, when our driver comes and asks me:

– Vika, are we going anywhere? Do you think I can go home?
And I reply him:
– Not yet, Romochka, most probably we are going to Torez now.
– Right, my aunt called me, some airplane fell there…

Crazed look, eyes bugged out, screaming in a low voice and flying into the room with “it has been confirmed by local citizens”. We wrote it on a piece of paper, showed it to Scott, and he managed to say it in time while still on air. AJE was one of the first TV channels to confirm that the airplane had fallen down. We finished with live, I was asked if I minded to go, I didn’t, so we got ready and went to Torez. At that time I didn’t realize at all what I was going to see, and didn’t see any problem wearing my beige peep toe flats (with bows!).

On approach to Torez we were stopped at the checkpoint, few other cars with journalists have queued there already, they didn’t let us in, we’ve been told to wait for Borodai. Blandishments didn’t help, smiling, flirting and flattery didn’t help either; we were idling around there for an hour and a half, losing all daylight. At last Borodai arrived, he went first, and the journalists followed. And here we are. It is dark. There is a burnt smell. Asphalt road, field on both sides, pieces of human flesh scattered on the road. Peep toe flats still on. Alexi O’Brien keeps asking me and other team members all the time – Are you alright? Victoria, mind your step… Victoria, how are you? People zipping around. Us zipping around. Found a big part of the plane, filmed it. Interviewed some people. By this time it is almost midnight. Most of journos have left. We found airplane’s tail in the field, parked the van next to it and streamed live from the crash site almost all night long. Few journos came to rest to our van for the night. I even managed to catch a few hours of sleep. That night the team sent in the first story. 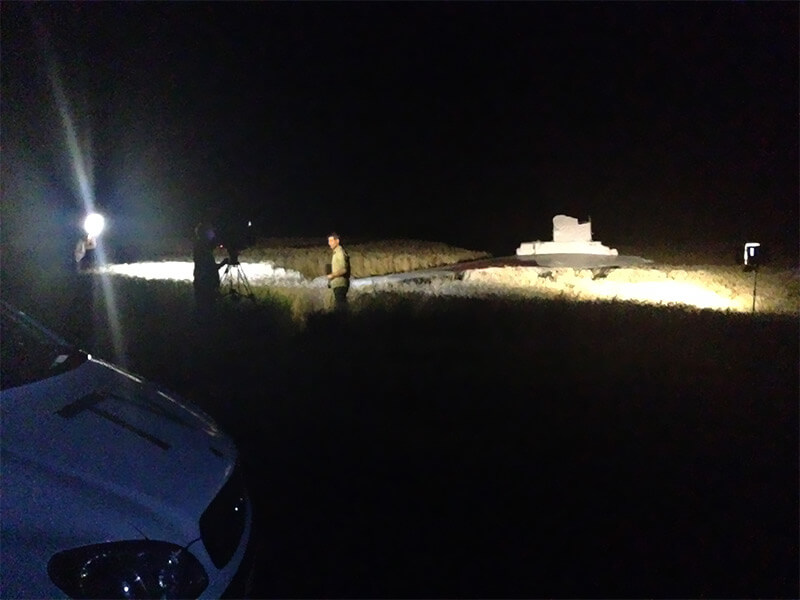 At daybreak everybody was up and we went to film again. I was translating everything what was happening around us – women and old ladies crying while bringing flowers and toys to handmade memorials composed of plane parts (there were 80 kids on board), comments and instructions of emergency personnel, who were walking in the field digging in the sticks with white rags next to body parts. 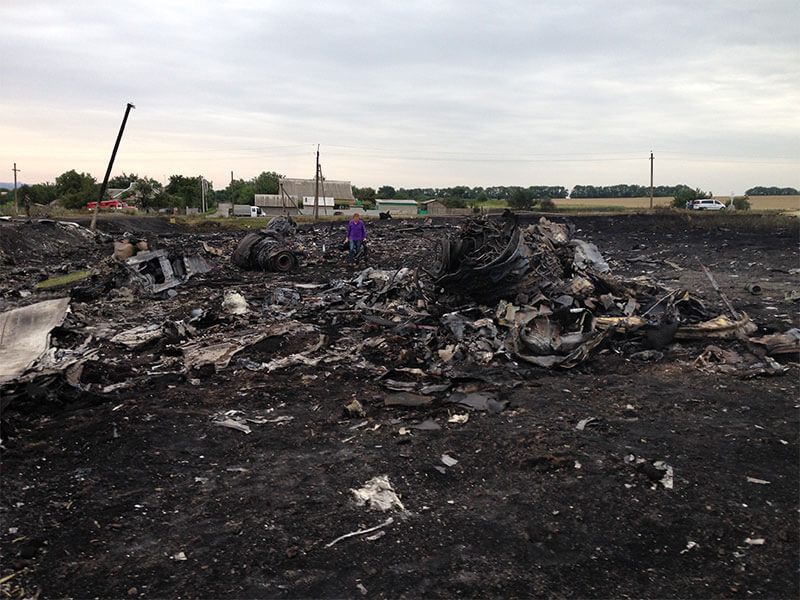 “Scott, they are saying they can’t mark all the bodies with these sticks. There are not enough sticks”. 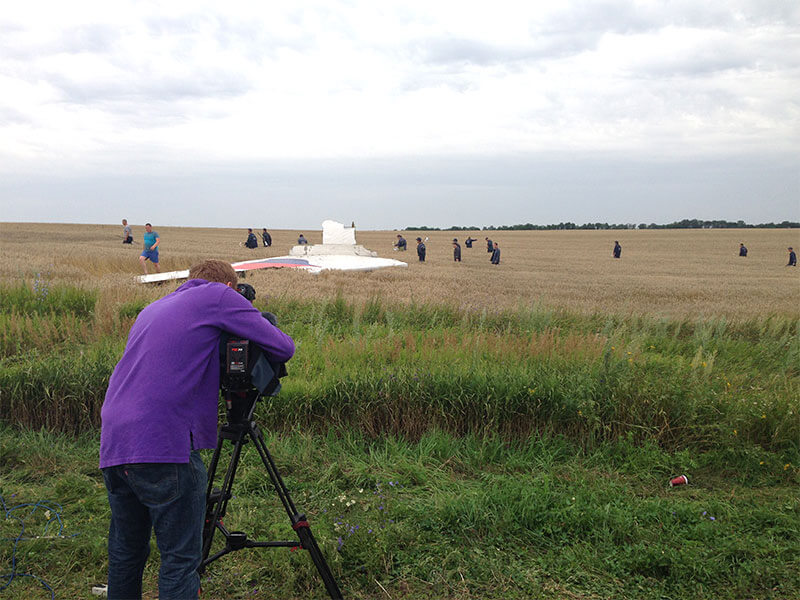 By lunchtime we sent in one more story, by night we streamed enormous number of lives and went to Donetsk to sleep. In the morning we woke up and travelled back to Grabove. I don’t remember this day clearly, I believe that was the same day when OSCE came and journos were driven out from the wreckage, creating vivid shots for the media. In the evening we came back to Donetsk, at last our second team arrived to replace us, and in few hours we left for Kharkiv, where Crisis Center on plane crash investigation was established. Honestly saying, we just ran out of there, never-ever wanting  to come back.

On the way to Kharkiv we were taking photos in sunflower fields. We were happy we wouldn’t have to see the crash site ever again. And we were feeling THE smell for 4 days after it, asking each other all the time, does it still smell? It did.

And those favourite peep toe shoes stayed at home for a month, I hoped I could wear them again, but then I threw them away at last… 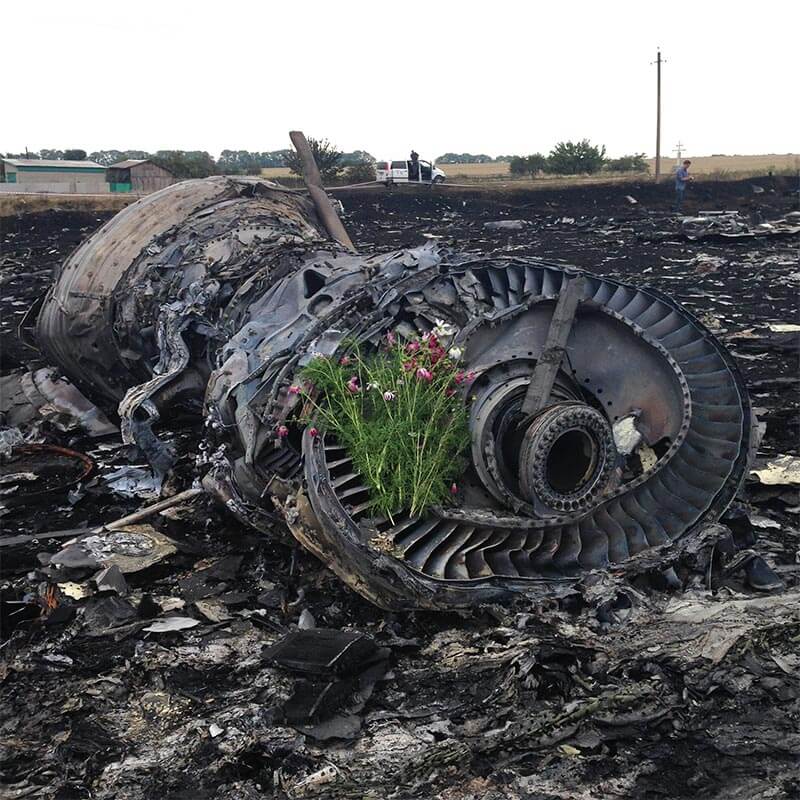 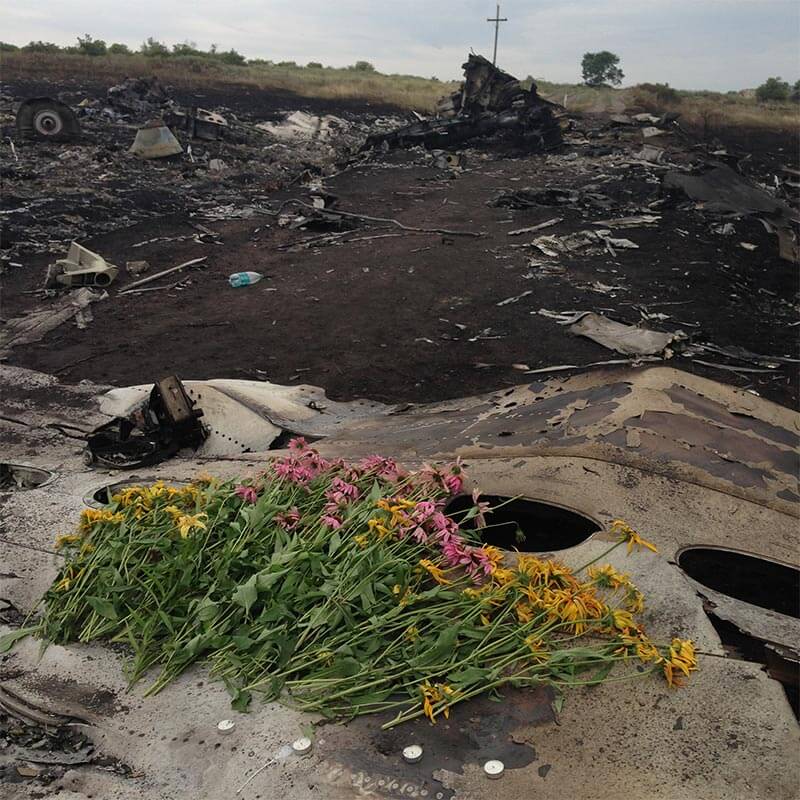 2 Комментария к “MH17 crash: My memories about one night five years ago”